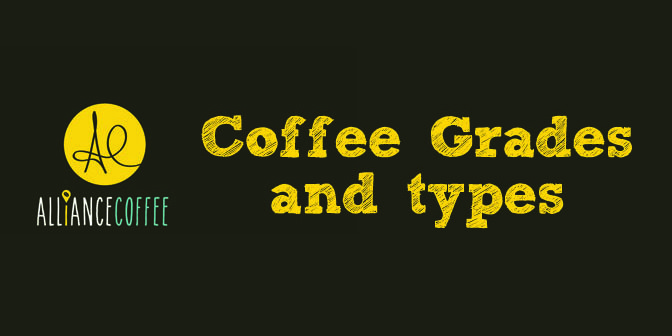 Not all coffee beans grow in the same way, therefore the coffee beans that are obtain during harvest varies widely. Roasting coffee beans of different sizes increases the difficulty of controlling the roasting process as denser. Bigger coffee beans take a longer time to roast compared to those that are less dense and smaller. Therefore, most grading system aims to separate beans by size and density.

Grading is usually done after the coffee beans have been collected, sorted and after drying.

In the coffee industry, there is no SINGLE grading system that is used across all countries and farms. Each region has their own preferred way of grading and terming the grades of the coffee beans, and this can be confusing for the consumers.

Here are some examples: The Brazil classification table (Table 3) classifies coffee beans based on the number of defects. The Kenya Grading System (Table 4) is another example of a coffee bean grading system.

Table 4: Kenya Grading System (from Coffee Board of Kenya) Grade E (aka Elephant beans) is the category with the largest beans. This includes the peaberry beans which makes up only 10% of Kenyan coffee.

Grade AA is a widely known grade of coffee from Kenya. It is often highly priced.

Grade AB consists of coffee beans slightly smaller than those in Grade AA, while

Grade C consists of coffee beans that are smaller than those in Grade AB.

The poorer quality coffee beans from AA and AB are also separated and classified as Grade TT.

Everything else, including broken coffee beans are placed under Grade T which may be sold to producers of instant coffee.

Another grade that is not reflected in the table above is Grade MH/ML. It includes coffee beans that was not picked, or has fallen from the trees before the picking. These coffee beans tend to be overripe and tend to produce a sour beverage.

There are many different standards and terms in the coffee industry. However, most of the grading for coffee beans is done using a few common features such as size, weight and number of defects. Size may not directly reflect the flavors of the coffee, however it remains a common factor in coffee bean grading.

Here are some of the common grades of coffee beans that is regularly used for the mass market; These are from coffee berries that contain only 1 rounded coffee bean instead of 2. The rare beans (occurring only about 5 to 10 % of the coffee population) tend to be smaller in size and rounder than the usual coffee beans. Peaberry beans are relatively denser. Some peaberries are marketed as having a stronger taste, while others are marketed to have brighter notes and a lighter body. As they are rare, they tend to be sold at a premium price.

The AA grade is usually used to refer to the highest grade of normal coffee beans. These are handpicked to have their quality ensured and are usually graded by size and density. This grade of coffee beans is usually used between farmers and the roasters. AA Grade beans tend to be sold at a premium price. Such screens are used to sort coffee out by grades

Subsequent grades contain coffee beans that are smaller in sizes, with their prices being adjusted accordingly. See table below for more Grades! Here’s an interesting experiment by Sweet Marie’s where they compared the taste of coffee based on screen sizes!

Where Do Coffee Beans Grow?