Yerba Mate: A Sip of History 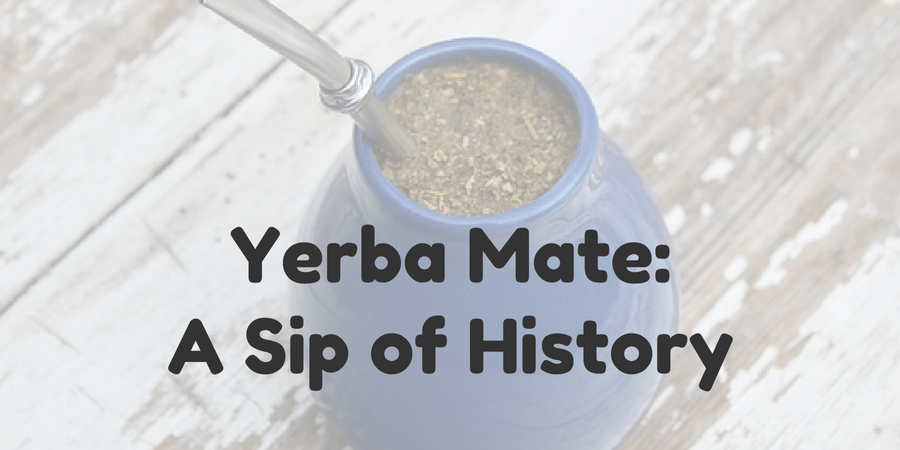 A common request we get is for non-caffeinated drinks and healthy teas.

This got us searching, exploring and tasting exotic teas from across the globe.

Yerba Mate is one of them: 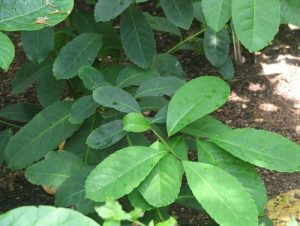 You might be surprised to hear that this unassuming plant packs a punch with:

And oh, it IS caffeinated.

Now, imagine getting your usual caffeine dose plus a package of nutrients that will boost your health for the day.

Are you curious now?

We’ll present everything we know about the Yerba Mate tea in this article (click to skip to specific sections):

What is Yerba Mate?

The term ‘Mate’ can be confusing because it can refer to the plant, the drink or the gourd from which the tea is traditionally drank from.

We’ll first take a look at the plant and a little about its background before diving into the mate drink;

Ilex paraguariensis is the binominal nomenclature (aka scientific name) for yerba mate.

It is a rainforest evergreen tree commonly found in South America.

The ilex genus is also sometimes referred to as the holly genus and it encompasses between 400 to 600 species of plants.

Some notable plants that are also of the ilex genus include: 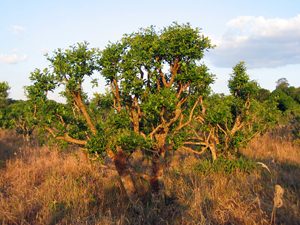 Ilex paraguariensis are short shrubs that grow optimally at altitudes between 400 – 600 metres above sea level.

However the yerba mate is a slow growing plant and can take about 2 – 3 years to germinate from its seed!

It is a subtropical tree that grows at an optimal temperature of 17 – 26°C.

The Origins of Yerba Mate

It is said to have been introduced as early as 16th AD century.

So, hey when you’re drinking mate, you’re actually tasting a slice of history!

Originally grown in Paraguay, Brazil, Argentina and Uruguay, mate was first brewed and drank in these countries too. 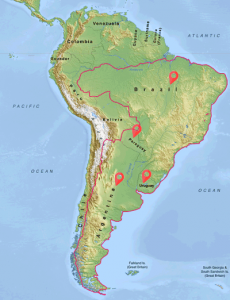 In recent years, yerba mate is being sold as extracts globally as well.

This increase in demand has lead to the cultivation and processing of this plant beyond its South American roots.

You can read more about the Ilex paraguariensis plant via the resources #9 and 10 at the end of this article.

Now, let’s get to the tasty part.

This is Yerba Mate, the drink

Yerba Mate can be brewed and enjoy in many ways, here are some of the common drinks:

Traditionally, this is how mate is drank.

Yerba mate tea is infused in hot water and usually drank from a gourd.

Mate has a characteristic earthy taste with a surprising depth of flavors when steeped longer.

It is an interesting drink that can be drank as a communal drink where the gourd is passed around and constantly refilled with water.

The bombilla [pronounced as “bom-bi-sha”] straw that is used to drink mate also happens to be an interesting contraption.

It was designed to keep the yerba mate leaves in the gourd while you drink the tea.

There are several variations, this video gives you an insight to the bombilla straw:

These refer to the cold yerba mate infusion. It is similar to mate, except made in ice and served cold.

Consumers can choose to add herbs or prepare the yerba mate with citrus fruit juice for variety.

Mate by itself has an earthy, almost grassy taste that some people do not enjoy.

We find that adding warm frothed milk helps to cover the grassy taste and brings out a more complex taste. We now serve this with our Specialty Coffee carts, just ask us 🙂

If you like it sweet, feel free to add some honey.

Yerba Mate is naturally caffeinated, providing about the same amount of caffeine as coffee.

It was originally drank as an energy booster and its extract has been sold as energy drinks.

If it has the same amount of caffeine, why drink yerba mate?

We love coffee at Alliance Coffee.

However, not everyone can take well to coffee.

Although Yerba Mate contains a similar amount of caffeine as coffee, consumers have reported that slow release effects with longer lasting energy boost without any caffeine crash.

This could be due to the complementary action of the caffeine alongside with the rest of the substances and nutrients found in Yerba Mate.

On top of caffeine, Yerba Mate is chocked full of nutrients that include:

Yerba Mate has been described as the ‘drink of gods’ and has been touted to be one of the most beneficial drinks out there.

Here are some of the key health benefits associated with Yerba Mate:

Although the chemistry of Yerba Mate suggests that it would reduce obesity [7], I’ve yet to find any published research in the human population that supports this.

However, these effects were only observed when participants took about 2.3g of Yerba mate, way higher than what you’d find in a cup of yerba mate tea.

Mate extract has been shown to protect against oxidative stress and helped in recovery after a heart attack simulation in animal studies.

Mate has also been shown to have neuroprotective abilities when tested in rat models [12].

Through the action of tryptophan and seratonin, yerba mata is thought to be able to help reduce depression.

Preliminary studies have also suggested that yerba mate does lead to antidepressant-like effect through its inhibition of monoamine oxidase [13].

Glycation refers to the bond formation between a sugar molecule and a protein or lipid. Once glycation starts, it can lead to the formation of advanced glycation endproducts (ACEs).

ACEs are not well liked because they are linked to aging and a myriad of diseases that include Alzheimer’s, diabetes, kidney disease, cancer, etc.

A Warning About Yerba Mate

Although mate is known to contain a wide range of nutrients, Kamanger et al (2008) [2] have reported that commercially distributed yerba mate leaves contain high levels of polycyclic aromatic hydrocarbons (PAH) that are known to cause cancer.

In the published study, 8 different commercially available Yerba Mate brands were used to brew both hot and cold brewed Mates which were subsequently tested for their PAH levels.

Unfortunately, the authors did not reveal the brands that were tested nor the processing methods used for each brand.

There are speculations that the PAH analysed in commercial yerba mate might have been due to the smoke drying method used in conventional processing. To play safe, you might want to drink organic yerba mate that does not undergo smoke drying instead.

It might also be comforting to note that there have also been in vitro studies that suggests Mate’s cancer prevention properties. [1,5]

We would also urge you to drink Yerba Mate in moderation.

How is Yerba Mate Processed

As mentioned above, Mate has a characteristic earthy taste.

Unlike the black teas (ceylon or even earl grey) that we are used to, Yerba Mate is not roasted during processing.

This is how Yerba Mate is processed instead:

The final dried product is then packaged and sold as loose leaves.

How to drink Yerba Mate?

Here’s a video that shares 3 different ways to prepare the Yerba Mate tea:

There are many ways to brew Yerba Mate.

Otherwise, this recipe will be suitable for you.

How to make Yerba Mate at home

It is important to steep yerba mate between 70°C to 80°C to prevent destroying any heat sensitive nutrients or vitamins.

Where to get Yerba Mate in Singapore?

You should be able to purchase Yerba Mate Loose Tea from:

*disclaimer: some links are affiliate links, we’ll get a commission if you purchase from the link, you don’t get charged extra.